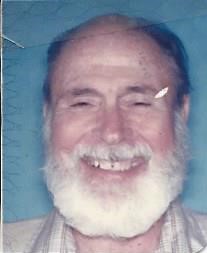 Happy Birthday, Dad! Today would have been his 94th birthday. We lost him so young, just age 68. I miss him and Mom every day.

Happy Birthday to Grandpa as well! He would have been 127. More on Grandpa PopDot in later posts.

Stephen Alexander UNDERWOOD, Jr., was born 5 February 1925 in Kansas City, Jackson Co., Missouri. He died following surgery on 4 March 1993 in the same location. Steve was known to the nuns at Our Lady of Good Counsel Catholic School as “the boy with the snapping brown eyes.” A rascal and rapscallion, Steve had a tendency to push the envelope when it came to neighborhood hi-jinks. He is best known by his contemporaries for the day he took a full-grown alligator to school in a taxicab!

Steve served his country in World War II in the U.S. Army as an infantryman and was injured on the battlefield. He was declared 100% disabled by the Veterans Administration and spent the next year of his life in a full body cast, being shuttled between Walter Reed Army Hospital and other V.A. and local hospitals. Steve never missed a day of work unless he was in the hospital or laid up in bed at home following a pulmonary embolism or suffering from ulcers on his many wounds. Steve used a cane most of his adult life—in fact, I don’t have any memory of him without a cane.

After the war, Steve entered the University of Missouri – Columbia to study journalism. He served on several papers before ending up in Kansas City where he worked as an investigative reporter for The Kansas City Star. He won many awards for his writing and was instrumental in bringing about fundamental change to local government. A former coroner of Kansas City credits Dad for his becoming the city’s mayor after Steve uncovered graft in the funeral home industry, causing a major overhaul of how the city’s dead were handled. After many years of standing at City Hall and Jackson County Courthouse record counters, Steve’s legs gave out and he became a copy editor for The Star. He retired after thirty years of loyal service at the newspaper.

Steve met his wife, Corinne Jane McCORMACK, at college as she was attending Stephens College, a neighboring school for women in Columbia. They met on a blind double date. The boys were waiting downstairs at her dorm and decided that whoever came downstairs first was meant for Johnnie Rogers, and the girl who came down second was to be Dad’s date. Well, Mom came down first and went out with Dad’s friend. Later Steve asked Johnnie if he would be stepping on his toes if Dad asked Corinne out another evening. Johnnie bowed out, and the rest is history.

Mom graduated from Stephens while Steve was still at Mizzou’s J-school. She moved to St. Louis where she worked for Saks Fifth Avenue as part of their College Board, a group of young women who helped to drive sales for young people at the store. Steve followed her there that summer to talk her into returning to Columbia in the fall. Mom remembered that he and Johnnie Rogers took a room down the street from the Queen’s Daughters residence hotel for women where she was staying. They couldn’t afford food, so she would bring him a pocketful of radishes from the lunch table, and Steve and Johnnie subsisted on radish sandwiches that summer!

Steve was persistent in his suit and Corinne returned to their college town. They married in Des Moines, Polk Co., Iowa, on 14 June 1949 and had their first of five children exactly nine months and three days later!

Steve nearly died of his injuries several times during his adult life but always considered himself to be lucky to have survived the war, gone to college, gotten married, raised five children, and been able to know two of his four grandchildren. He adored Karen and Brian and would have loved Sarah and Alex as well. I will never forget the day Karen and Brian asked him about the "S.A." in his name and he said it stood for "Shrapnel Ass" UNDERWOOD. The grandchildren were positively scandalized that Grandpa had said "ass." This from a man who almost never swore. In fact, when he was in the field hospital during the war, he asked all the medics and soldiers who were swearing about the extent of his injuries to "Please stop swearing. I'm praying."

When Steve was 68, he went in for “routine” hernia surgery. The anesthesiologist noted that Steve’s blood wasn’t clotting properly, but they went ahead and did the surgery anyway. When they opened him up, they discovered that Dad’s liver was riddled with cancer. They sewed him back up, but his body would not stop bleeding. It turns out that all the transfusions he had received on the battlefield to save his life had been tainted with hepatitis C. Fifty years of harboring that illness had caused the cancer and was now making it impossible for the surgeons to stanch his blood. Steve died of his battlefield injuries, 49 years after the fact.

Steve was buried in the UNDERWOOD family plot at Mount Washington Cemetery in Independence, Jackson Co., Missouri, on 8 March 1993. He is buried with his parents, grandparents, and now his wife Corinne has joined him. May they all rest in peace.

Coming Up Next: The 1950-1990 Census Predictor of Stephen Alexander UNDERWOOD, Jr.


Posted by Shaking My Family Tree at 5:27 PM